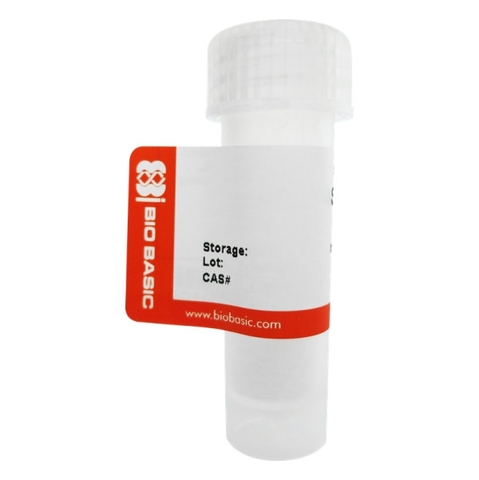 Product Description: SDF-1 alpha, CXCL12, murine (mouse): SDF-1α and SDF-1β, members of the chemokine α subfamily that lack the ELR domain, were initially identified using the signal sequence trap cloning strategy from a mouse bone-marrow stromal cell line. These proteins were subsequently also cloned from a human stromal cell line as cytokines that supported the proliferation of a stromal cell-dependent pre-B-cell line. SDF-1α and SDF-1β cDNAs encode precursor proteins of 89 and 93 amino acid residues, respectively. Both SDF-1α and SDF-1β are encoded by a single gene and arise by alternative splicing. The two proteins are identical except for the four amino acid residues that are present in the carboxy-terminus of SDF-1β and absent from SDF-1α. SDF-1/PBSF is highly conserved between species, with only one amino acid substitution between the mature human and mouse proteins. SDF-1/PBSF acts via the chemokine receptor CXCR4 and has been shown to be a chemoattractant for T-lymphocytes, monocytes, pro- and pre- B cells, but not neutrophils. Mice lacking SDF-1 or CXCR4 have been found to have impaired B-lymphopoiesis, myelopoiesis, vascular development, cardiogenesis and abnormal neuronal cell migration and patterning in the central nervous system .